How long to cook Pork

Pork Tenderloin in the Oven

Pork Chops in the Oven

Pork Chops for at 350 Degrees

Thin Pork Chops in the Oven

Pork Chops in a Crock-Pot

Pork Chops in an Instant Pot

The Best Way to Cook Pork Chops on the Stove, and How Long Does it Take?

At What Temperature and Pork Chops in an Air Fryer

Pork Chops With the Bone in the Oven

Pork Chops Without Bones in the Oven

How Long Do You Bake a Ham For?

How Long Do You Cook a Ham That's Fully Cooked?

How Long and at What Temp to Bake Ham Steak

Cook a Ham in a Crock-Pot

Cook Time for a Honey-Baked Ham

Cook Time for a Spiral Ham 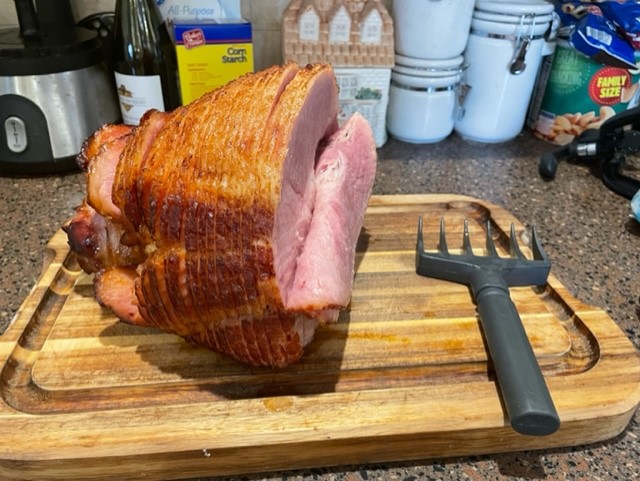 How Long Do You Bake a Ham For?

Ham has become a staple dish of holidays such as Easter and Christmas, but it makes for a great meal any other day of the year, too! However, if you've never cooked one before, it can be easy to overthink it by asking yourself, "How long should I bake ham for?" The answer to how long ham should be baked will depend on the size of your ham as well as what type of ham you're cooking.

Before we can dive into the baked ham cooking time and temperatures, we need to first take a quick look at the various types of hams. You might be surprised to learn that there's more than one kind of ham: In fact, there are many, though most of them aren't often seen on a holiday dinner table.

Whenever you bake a ham, how long it needs to cook will depend on a couple of different factors. These include its weight, whether it's precooked (city ham) or raw (country ham), and whether it's bone-in or boneless.

How to Tell When Your Ham Is Done

Ultimately, the answer to "how long should you bake ham for?" is "until it's done." To check whether or not your ham is fully cooked and ready to eat, use a meat thermometer to take its internal temperature, being careful not to let the probe touch the bone (if there is one). The right internal temperature will depend on the type of ham you're baking.